We got a belated Father's Day gift this morning:  Our bug has a heart - that beats! 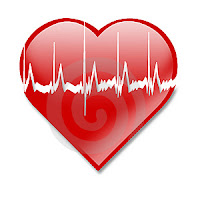 ...and somebody (Morgan) jumped the gun and did some shopping... 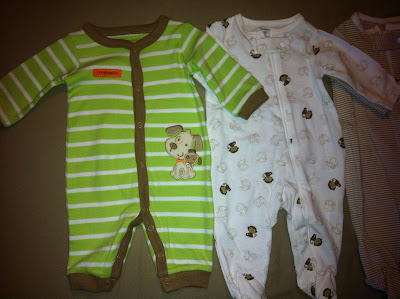 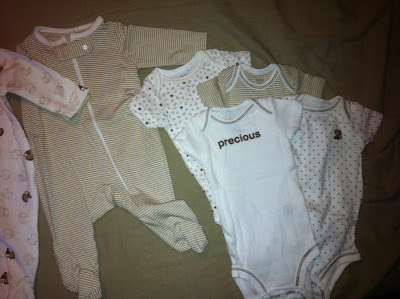 The short-sleeved onsies are the first baby-related gift from auntie Dana.  I'm returning the same exact item I bought 30 minutes prior to opening the mail.  We siblings have the same taste (we most likely came from the same ovary too...the left one).

We got our first picture!!! Still very tiny, sac is 7mm - est. 4 weeks 6 days (normal). One more week (hopefully) to the heartbeat scan!

In a little more than 12 hours, we have our first scan and we're supposed to find out how many egg sacs there are.  We're hoping for twins, because we know we want more than one child.  And it seems like (and from what everyone I know says) starting with two would be so much easier than having one first, then two later.  Who knows though.

The beta value last week indicates a singleton (according to Dr. Google), but things aren't always what they seem and can change very quickly.

Biting my nails...hoping for doubles. 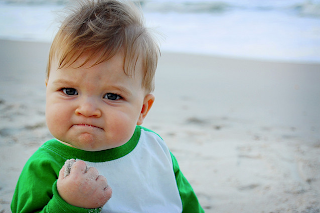 We got the e-mail that we've been hoping for - right on time first thing this morning.  And a nice beta of 170.

We would like to inform you that as per our schedule we have done a Beta HCG test for <<MRS T>>.

We are happy to inform you that her beta value is 169.92, which is very good.

Please find the attached file for the same.

We would like to congratulate you as you are pregnant now.

We will now do a USG scan for her within a week to check the pregnancy sacs.

Once her scan will be done, we will get back to you at the earliest.

SCI wishing you good luck for this beautiful journey ahead.

Since we're far too impatient to even conceive of handling a 9 month wait, we'll just blindly focus on the next step - in this case a scan in a week!