4 days left!  To everyone who said the first week was the worst of the TWW, they weren't kidding.  After 7 days, I think your energy is depleted from the unbearable excitement and emotions and you have almost nothing left.  Now I'm more relaxed (not completely by any means) and level-headed.  I'm hoping with all of my heart the test will be positive (not that that's any guarantee), but I'm also fully prepared to hear it's negative.

A few years ago we tried "traditional" surrogacy with a family member (not my blood relative). We had a positive pregnancy test, but in the end, it didn't pan out.  Ultimately, it was a blessing; it hurt for a long time, but we avoided a plethora of complicated family dynamics and emotions.

So the last few days, I've tried to be positive; sending out positive vibes to the universe, being nice to people I dislike and that don't deserve it, etc.  I think my karma should be in balance. Not that I really believe in that stuff.  And the brat in me is screaming over and over:
"I want a Oompa-Loompa BABY!"

The embryo transfer is complete!

We were updated early this morning that our wonderful egg-donor gave us सत्रह eggs! The paperwork has finally been completed and that sort of surreal feeling gets ever stronger with each little milestone.
So how long until they implant?  It seems to be different for everyone. On most blogs I read, it seems that 48-72 hours is the average.  So maybe Monday night or Tuesday?  Biting nails...  Walking on egg-shells...
Posted by Morgan at 9:04 AM 1 comment:

Looks like it's not happening today and has been moved to Saturday.  Another wait, albeit  a short one.  Here's to Easter Saturday. 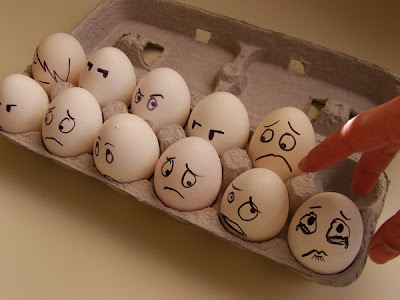 And I already hard-boiled the eggs for tonight's dinner.  :(
Posted by Morgan at 6:11 PM 2 comments: 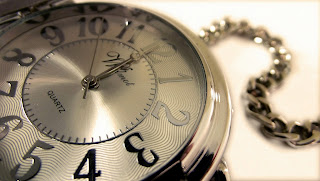 For the past month, time has not been my friend.  I'm not the most patient of people, and when I'm excited for something, my impatience is amplified.  I'd like to think as I get older that has mellowed.  You know what?  Scratch that, I have no patience and if I ever claim to have it, John would be the first to publicly call me out on that.

So we are on schedule next week for egg-retreival, or as we're calling it:  Easter Tuesday. Which means shortly after that, it is implant day.  (I shall be celebrating by having egg salad sandwiches.)

I'm beginning to understand that each little milestone in this journey is like waiting for Christmas to arrive.  Only it comes every few weeks and your excitement grows exponentially with each passing one, never to be satisfied.


I'm so excited that I can't sleep at night without the assistance of Melatonin.  And when I chit-chat at work, I'm talking about the process of surrogacy, and all things hypothetical baby.

Maybe this is it.  Maybe this is the universe's way of laying the groundwork for parenthood.  To learn patience, never sleep, and babble-on mindlessly over your children.

But wait, it gets darker

Underneath the excitement, in my brain; there's a Morgan who knows better: the realistic one, the smart one, the one I've locked in a cage because he's annoys the shit out of me.  He's the one that says things like:  'you should stop eating after the third slice of pizza' or 'you shouldn't drink that tequila', etc.  He's easily silenced by things like eating a whole pizza or several ounces of tequila.  He's the one that's been constantly whispering to me that this is a first attempt; do not get your hopes up; and even if a pregnancy test is positive in a few weeks, nothing's set until the heartbeat; and even after that, you're still not out of the woods.

So as much as I hate the little caged bastard called "Conscience Morgan", I guess I have to keep him around.  'Til Tuesday...