How We Got Here (Our Back Story)

Morgan and I have had a strong desire to have children since we met at 21 (perhaps even earlier) - but we knew we needed to spend some time together first as a couple, and ensure we had a stable environment that could support a family.  As we approached 30, we knew we were ready.  But how would we do this?

We first heard of Indian surrogacy in 2006 - mainly of Rotunda.  At that time, there was scarce information on the web, and the lack of detail and regulation certainly concerned us.  But we kept looking and researching, as we preparing (or rather we were preparing to prepare - build my career, buy a house, save, and start to form a plan).  Well, I did - I'm the planner.  Morgan just wanted a baby.  Now, please. 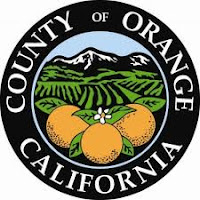 Then something unexpected happened - in early 2007, my sister offered to be a surrogate for us.  She was a few years younger at 27 and had a one year old son (my adorable nephew).  So attention focused on making this happen.

We lived in Southern California at the time (Orange County) - Morgan was born and raised there, and I had moved there to go to college (from upstate New York) and stuck around.  We absolutely loved it there.  Problem was, my sister hated California (should have been an early clue!).  She was living in North Carolina along with some of our family that had migrated down there to run away from the bitter cold winters.

Since we did want to all live together through the pregnancy - which also helped her financially, and would allow us to help raise my nephew - we looked for alternatives.  As luck would have it, there was a company I was interested in working for that was based in Cambridge, Massachusetts - and my sister loved living in Boston.  And it would also be closer to our family still living in upstate New York.

So by fall 2007, I had gotten a job with that company and we moved cross country.  A month later my sister and nephew moved in with us.

We do love where we live - we bought a beautiful house on a few acres in central Massachusetts, in a great small town (never thought I'd say that!).  It's a good hour from Boston, but it's quiet and peaceful - and we think it will be a great place to raise a family. 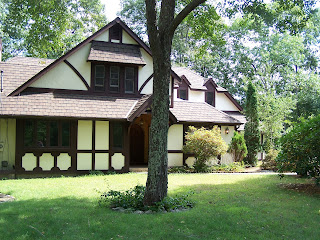 Our nephew made a big impression on us, even before we lived with him - he was about 22 months when they moved in, and we just fell in love with him and absolutely loved watching him grow into a little man.  I think Morgan was quite literally a second parent to him.

We started trying to get pregnant within a couple months, and by early June 2008 the stick turned pink!  We were elated, and we began planning.  We were getting married (legally this time) in late July - on our 10th anniversary (another advantage of moving to Massachusetts).  So timing was right that the baby would be almost 12 weeks by the wedding - and would be a great announcement to our family during our reception!

Unfortunately, it was not to be - my sister had a miscarriage around 8 weeks.  Our elation turned to devastation.  But we were busy planning a wedding and fixing up the house - and we knew this wouldn't be the end of it - so we pushed on.  By fall we all realized this wasn't the best situation for any of us, and my sister and nephew moved out by October.  I still miss him.

We started to regroup over the winter and figure out what new direction we wanted to take.  Then another relative offered to be a surrogate for us.  What luck?!  We were cautious.  But we talked.  And talked.  And decided to take a stab - this time with a little more planning - and a lawyer.  This seemed like the best and quickest way to make this happen.  But alas - several months and several thousand dollars in legal fees later, she backed out.  Or at least we think she did - we never did hear back, despite trying, and she's since gotten a divorce and isn't part of the family.  Sad.

So obviously all of that gave us pause.  And pause. 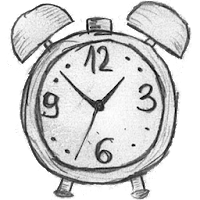 We absolutely knew we still wanted to have children, but we needed to really take our time, and walk into our next situation with our eyes wide open (as best you can, anyway).  We explored domestic adoption.  And looked again at Indian surrogacy.  After weighing our options, we felt like surrogacy just felt right, and was the direction we wanted to head.

We spent the next couple years exploring the options, the clinics, and the stories - good and bad.  This ramped up over the past year, and especially the last six months, as my career took off and we were able to secure the resources we'd need to do this.

But this post is long enough - so that's how we came to embark on Indian surrogacy.  We'll talk more about what we learned and how we're making our choice next.